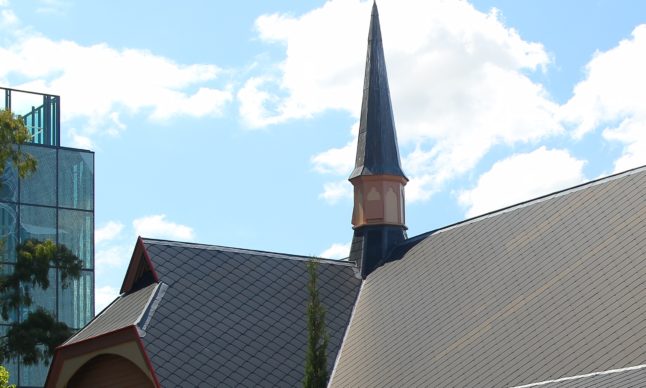 Anglicans have been worshipping in the inner Brisbane suburb of Paddington/Milton for over 130 years. In 1873, with the congregation growing, the parish of Christ Church Milton was formed. The mortuary chapel services were previously held in soon became inadequate and it was decided to look for possible sites for a new church.

A stone church with a shingle roof was built adjacent to the Anglican section of the Paddington cemetery and dedicated in January 1876. It was named the Memorial Church. On 22 December 1890, the Memorial Church was extensively damaged in a thunderstorm. So severe was the damage that the building was considered to be beyond repair and plans were prepared for a new building.

In 1891, a temporary wooden building with timber shingles was built adjacent to the site of the old church. This ‘temporary’ church remains to this day and is a heritage-listed building. The heritage-listed rectory was built in 1884 and is still in use today.