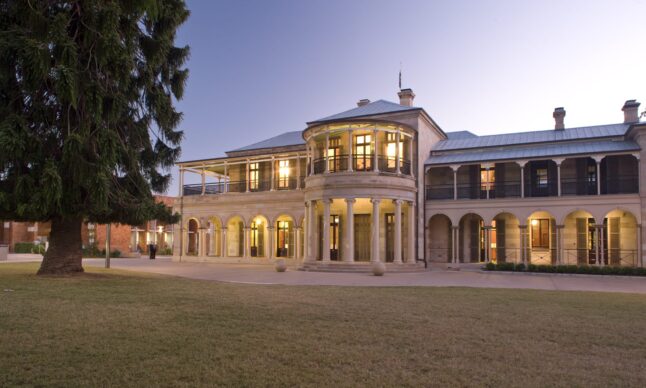 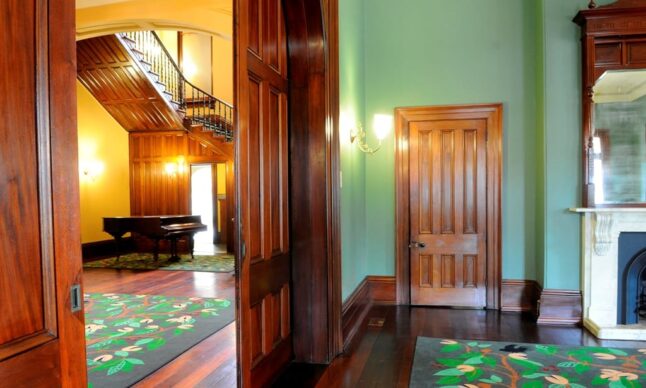 Old Government House offers a fascinating insight into colonial life in the early days of Queensland.

A rare surviving example of the domestic work of Queensland’s first colonial architect Charles Tiffin, the House was both a private residence and official state office for Governor Bowen, the colony’s first governor.

Eleven governors and their families lived in the House over a period of almost fifty years.

Many key moments in Queensland’s early development took place within the walls of the Governor’s library. The House and its gardens saw some of Brisbane’s most magnificent social events with countless balls, receptions, dinners and garden parties taking place.

In 1910 it became the inaugural building of The University of Queensland, and was the headquarters of the National Trust of Queensland from 1972 to 2002.

In 2002, the Queensland University of Technology took on custodial responsibility for the House.

The House was one of the first buildings in Queensland to be heritage listed in 1978.

Old Government House was reopened to the public in June 2009 as an historic house museum showcasing, through interactive displays, the story of the House and those who lived and worked there.

Located centrally in Brisbane adjacent to the City Botanic Gardens, the House contains a gallery of the works of renowned Australian artist William Robinson, and is an elegant venue available to hire for private functions.

Visit the Old Government House website for further details; or browse through more than 90 other BLH Places to Visit.