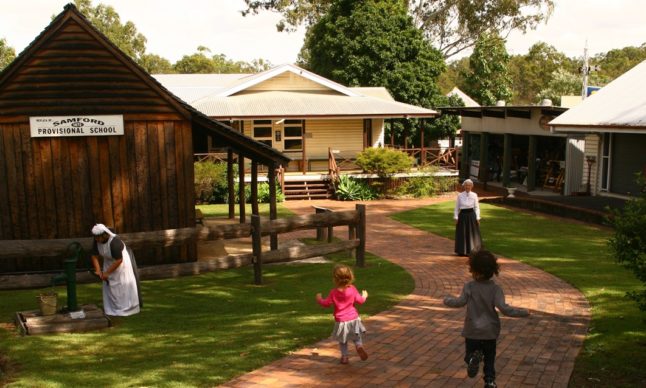 Samford Museum, opened in 1986, collects objects from the district’s rural, domestic, educational, railway, timber, transport and village history as well as reminiscences by families who have lived in the Samford Valley.

The relocated Head Teacher’s house from nearby Albany Creek State School forms the nucleus of relocated and purpose-built buildings which house displays depicting most aspects of Samford’s history and industries, much of which is common to other districts, therefore not restricting potential visitors to an interest in Samford only. The Museum is operated by the Samford District Historical Museum Society.