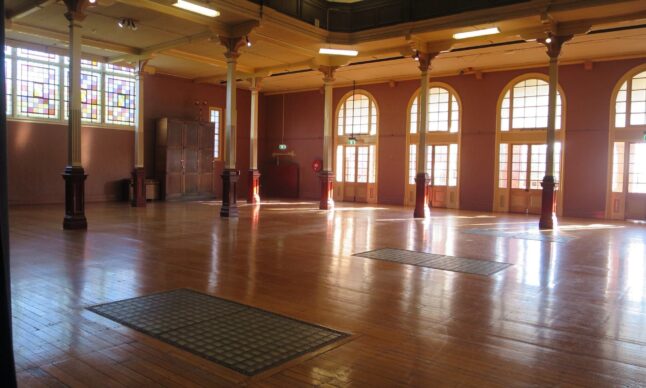 The Old Museum has been the site of cultural and educational facilities for over 125 years.

From 1891 to 1930, the Old Museum Concert Hall was the main venue for concerts in Brisbane, including recitals by Dame Nellie Melba and Ignaz Paderewski.

In 1899, works were carried out to enable the Queensland Museum to be transferred to the building. The Museum reopened to the public in its new home in 1900.

In 1930, the concert hall was transformed into the Queensland Art Gallery. The Art Gallery occupied the space until 1974 when the collection was moved to a temporary location in the city while a purpose-built gallery was completed on the South Bank. The Concert Hall space was then used by the Queensland Museum until it also moved to South Bank in 1987.

The Queensland Youth Orchestras relocated its office and operations to the Old Museum at the beginning of 1989.

The Queensland Government carried out major refurbishment works in the Old Museum Building in 1997, 1999 and 2005/2006. During the 1997 refurbishment program, the William Anderson organ was installed. The organ was built around 1890 and used in St Stephen’s Cathedral, Brisbane from 1921 to 1987.

The Old Museum Concert Hall and rehearsal spaces are also available for hire. Enquiries should be directed to the Venue Manager via the online booking form.